As Asia’s population approaches four billion, or more than half of the world’s population, the continent presents startling contrasts of wealth and poverty. While its governments range from the autocratic to the democratic, Asia has the potential for exponential economic growth and significant advances in science, health and technology. But the cost of development must take social justice and environmental values into account. In Asia the U.S. encounters ancient cultures and values from which it could learn much, as well as markets and trade opportunities that could benefit both Asia and the U.S. At the same time, robust Asian economies are potential competitors that could challenge the U.S.’s economic dominance in the world. With the U.S., Europe and giants such as China and India competing for critical natural resources, the globalized economy will demand political considerations – and concessions – of the U.S.

The Office for Global Concerns depends on the experience of Maryknoll missioners in Asia, who are deeply involved in many aspects of their hosts’ lives – religious, social, political and economic. Maryknoll personnel act as partners in diverse apostolates – in parish ministry, health work and education. Missioners work with persons with HIV and AIDS and with special needs. They support those living on the margins – people who are displaced, refugees, foreign workers – as they seek to promote peace, social justice and the integrity of creation. 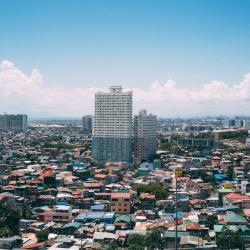 Take Action for Human Rights in the Philippines 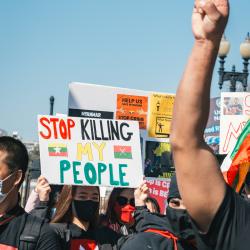