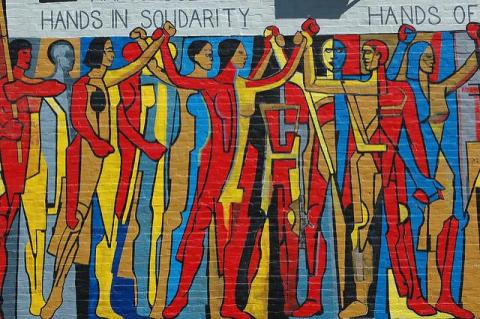 In the book of Genesis, God creates our beautiful world and is happy with it. God then creates humans to serve as caretakers for this wonderful Creation. Today we witness the loss of ecosystems and the extinction of growing numbers of species at the expense of human “progress” that has not only excluded huge portions of humanity from its benefits, but has worsened their conditions by destroying the environments in which those excluded communities live.

In the words of Pope Francis, "if we destroy Creation, Creation will destroy us." In turn, we will also destroy a sign of God’s love for us.

But there are signs of hope through collective action on a local and global scale to shift from a paradigm of human progress based on growth and greed to a paradigm of justice that puts Creation and human dignity at the center.

Each issue of Encounters offers analysis of the challenges posed by the current economic growth paradigm and shines light on the hopeful ways communities are responding to protect human dignity and God’s beautiful Creation.

Encounters #2: What it takes to change

Encounters #5: The sharing economy - An economy of right relationship?

Encounters #6: Moving into the collaborative economy

Encounters #14: Trade in a New Economy