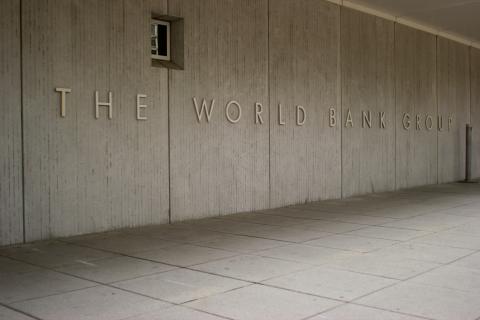 The World Bank is currently undergoing a review and overhaul of its safeguards policies with the intent to update and strengthen them. According to the Bank Information Center (BIC), "The Bank’s safeguards are designed to ensure that its investments ‘do no harm’ to people and the environment. Safeguards also help the Bank do good by building institutional capacity and enhancing a number of economic development benefits. Safeguards also assure that those project benefits are shared equally."

It appears that those worries may bear truth. The first draft of the review indicates that the new safeguards are actually weaker than current policies, even though they expand the groups of vulnerable people and environmental priorities covered. The application of the new safeguards now is limited to World Bank projects only, not all the arms of the World Bank Group, which includes the fast-growing International Finance Corporation projects. This means that projects akin to Guatemala’s Santa Rita hydro-electric dam or Cambodia’s sugar plantation projects, featured in previous NewsNotes, would not be covered under the new safeguards. (See related article, IFC standards have subpar outcomes, in November-December 2014 NewsNotes.)

On the plus side, the safeguards will include free prior and informed consent (FPIC) for indigenous peoples. It will also expand protections for children, LGBT individuals, people with disabilities, laborers, and others.

In some cases these groups are lumped together without recognizing their unique needs and vulnerabilities. In other cases, much discretion is given to the World Bank project directors to determine if the measures taken are adequate to meet the safeguard standards without ensuring clear deadlines or thresholds to meet.

FPIC is undermined by a new opt-out option for the Indigenous Peoples policy, offered after significant pressure from African nations. This is a setback in recent rights gains for African indigenous communities, which maintain hunter-gatherer cultural practices and livelihoods in the face of discrimination and marginalization.

Another concern is the policy on involuntary resettlement which often results from plans related to extractive industries, infrastructure development and land grabbing for agricultural investment projects. Indigenous communities and other ethnic minorities or economically poor communities often are forced from their homes and land to make way for these development projects.

In a letter on land rights to Bank President Jim Kim after the 2014 release of the draft safeguards, civil society organizations wrote: "It dilutes requirements for information disclosure, consultation and participation of displaced persons in resettlement planning, implementation and monitoring. It massively dilutes Bank appraisal and supervision responsibilities for resettlement planning and execution, relying on self-assessment and self-reporting by the borrower and approving displacement-inducing projects without conducting due diligence on comprehensive resettlement plans. The effect is that the draft [Environmental and Social Framework] seriously weakens protections for people who will be evicted from their homes, land and livelihoods, increasing the risk that Bank-financed projects will impoverish people, exacerbate inequality and cause human rights violations."

In addition to many other concerns with the document itself, it is also worth highlighting the flawed consultation process. According to BIC, when World Bank representatives came to Tanzania in November to hold a consultation, they responded defensively to comments from child rights advocates, especially regarding rights beyond child labor. The World Bank only brought environmental experts who were not equipped to answer the many concerns related to child protection.

Additionally, the registration process for the consultation in Tanzania lacked transparency. Many were told that the registration was closed when it was not. No project-affected people were invited to participate. Lastly, participants were notified the day before the conference of their official participation and given the draft safeguards at the meeting, therefore denying them adequate time to make plans, read, and respond to the safeguards.

Environmental safeguards have been fortified in some areas and weakened in others. According to a Civil Society Statement on the World Bank Standards released in time for the World Bank annual meetings in the fall, a focus on species biodiversity is strengthened. But the defense of forests and forest peoples are weakened by allowing projects to go forward in once-protected areas, and loopholes are created for logging projects. And even though the World Bank has committed to addressing climate change, the draft does not ensure that the project is in-line with national climate change plans. No mechanism is in place to assess or manage climate change impacts or the resiliency of local communities and ecosystems from projects. There are also no requirements to assess greenhouse gas production for high emission projects or to take steps to reduce emissions.

Advocates have asked for the consultation process, which now goes until February 2015, to be extended and more transparent. The 2015 Omnibus Appropriations Act requires the U.S. to vote against any new loans or grants if the Bank or any member of the World Bank Group weakens its safeguard policies.