The U.S. should lead – not compromise – on human rights 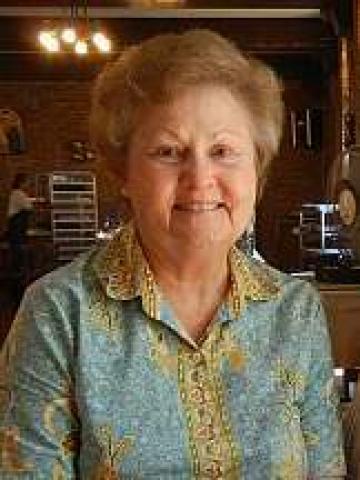 Maryknoll missioner Sr. Helene O’Sullivan works with survivors of trafficking in Phnom Penh, Cambodia. The following opinion piece was published in the Hill newspaper on June 12, 2015.

In the last few weeks, the horrors of human trafficking in Malaysia became known to the world with the uncovering of unmarked graves near an abandoned migrant camp. This discovery confirms Malaysia’s designation by the State Department as a “Tier 3 country,” indicating that  it has serious human trafficking problems and is not making significant efforts to fight the scourge of modern-day slavery.

This grim reminder of the possible fate of migrant workers is a strong argument for the inclusion of the “No Fast Track for Human Traffickers” amendment in the Trade Promotion Authority bill passed by the U.S. Senate.

The amendment, promoted by Sen. Robert Menendez (D-NJ), bars Tier 3 designated countries, such as Malaysia, from inclusion of U.S. trade deals subject to fast track consideration. And there is good reason for this.

Our trade agreements should not support governments that turn a blind eye to trafficking and are not taking clear steps to prevent it.  All people have inherent human dignity and worth.  Countries that tolerate or condone trafficking of people condone the violation of this sacred gift.

As a Maryknoll Sister, I have worked with survivors of trafficking in Hong Kong and Cambodia. Our center in Phnom Penh provides room and board, counseling, primary and middle school education and job training for employment in four- and five- star hotels for young women as they start a new life in the city.

One illustration of the reality of this modern day slavery is a young woman from the Cambodian countryside named Sina. She had been poor and came from a dysfunctional family that abused her.  She ran to a friend’s house and together they ran away from home.  When they ran out of the little money they had, her friend brought her to a house and sold her.  She soon realized the house was a brothel where she joined seven other girls who were tied up and made to use their bodies for sex. If she refused, the brothel owner would pull one of her teeth, starting in the back of her mouth. When I first met her, all of her teeth were gone. Sina was rescued by the anti-trafficking police unit and brought to our center for help. We took her to a dentist and provided her support through this traumatic experience and to help her find a fresh start.

Through my work, I have also traveled throughout Southeast Asia and I collaborate with a network of Catholic sisters in the region. Trafficking is a huge problem in Southeast Asia overall and must be taken into consideration as Congress considers Fast Track authority for trade agreements such as the Trans-Pacific Partnership (TPP).

If the TPP were allowed to bypass fulsome debate in Congress through Fast Track, I worry that it will be difficult to enforce robust labor standards that ensure the dignity of work for all individuals.

Although the TPP is being negotiated with only 11 countries right now (including Malaysia), it is a docking agreement so other countries could possibly join, including Thailand, which is also a Tier 3 designated country. We shouldn’t trade with countries that are willing to shield and condone slavery of human life in any form.

It was with deep sadness that I read that Ways and Means Chair Paul Ryan (R-WI) intends to water down or strip completely the “No Fast Track for Human Trafficking” language when the House of Representatives takes up the various pending trade bill. The Senate voted to stand against modern day slavery in trade agreements. Now it is up to our U.S. Representatives to ensure that future trade agreements place the value of human life before corporate profit.  I urge the U.S. House of Representatives to remember Sina and the 21 million other victims of human trafficking worldwide and protect the “No Fast Track for Human Traffickers” amendment.

The U.S. should lead – not compromise – on human rights