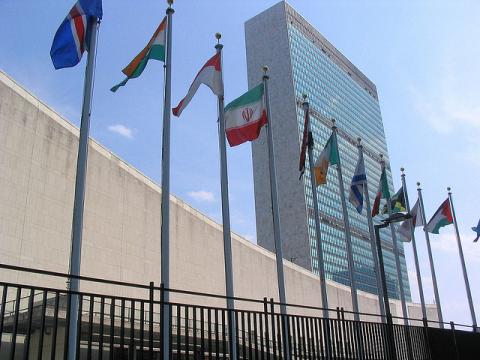 The following article was published in the November-December 2013 NewsNotes.

On September 24, world leaders gathered at the UN for the inaugural session of the High Level Political Forum on Sustainable Development (HLPF), which replaced the Commission for Sustainable Development (CSD) whose last session took place on September 20. The HLPF is expected to help renew partnerships and enhance multilateral engagements. It will play the paramount role of ensuring implementation of the Rio+20 commitments and the post-2015 development agenda.

Referring to the importance of partnerships, Ambassador John W. Ashe, president of the 68th Session of the UN General Assembly, stated, "Our forum needs a broad range of tools for enhanced multi-stakeholder engagement and implementation, in particular partnerships. In this regard, effective partnerships should be advanced as a mature and scalable delivery mechanism to facilitate the achievement of the means of implementation for sustainable development." In a report entitled "A life of dignity for all," released several weeks before the September event, UN Secretary General Ban Ki-moon also noted that the post-2015 development agenda will need to be supported by a renewed global partnership grounded on the values of equity, solidarity and human rights. The partnerships should capture a spirit of mutual respect and mutual benefit.

According to the MDG Gap Task Force 2013 report on Millennium Development Goal 8, The Global Partnership for Development: The challenge we face:

The word "partnership" describes a relationship voluntarily entered into to achieve shared goals. There is no presumption in the word itself that the relationship is an equal one. Some partners may have more of a stake in the partnership and receive more of its benefits, and some partners may have more power over the partnership than others. Nevertheless, it is generally understood that each of the partners has certain rights as well as obligations to the other partners and each of the partners expects to benefit from it. An effective global partnership thus needs to embrace a shared vision, embody an acceptable sharing of obligations and responsibilities, and entail a package of commitments attractive enough for the partners to join it (9-10).

The above description raises the question about the values of equity, solidarity and human rights that the Secretary General mentioned in his report. The value of equity requires that the parties be on equal footing and be recognized as stakeholders contributing to the sustainable development agenda. Partnerships must not be perceived as a way of creating free market economies which by nature tend to create economic and political power inequalities which in turn cause friction. The question then arises: How can partnerships take place between rich and poor countries which are not economic and political equals? In order to overcome these difficulties, it is necessary to stress the importance of creating a common vision. The common vision will help move partnerships forward by focusing on such aspects as shared global governance that is supportive of national governance. The HLPF will serve as a platform that will facilitate this goal as well offer some prospect of fully implementing agreed reform agendas on the part of governments. The HLPF for Sustainable Development will also be a place where committing partners can hold each other accountable.

The HLPF holds the hope of providing the space for appropriate participation of all relevant stakeholders. In order to re-kindle confidence and enthusiasm, additional concrete steps will be put in place in order to enhance policy actions that will respect human rights. Development mechanisms must be resource efficient in production and consumption, apply appropriate health and safety standards, and promote a fair income distribution while addressing the issue of climate change.

In order for partnerships to attain their goal, they need to be all-inclusive and based on sound ethical standards which value equity, solidarity and human rights. All this works to safeguard the dignity of the human being who was created in the image of God and to whom God entrusted the care of the earth.