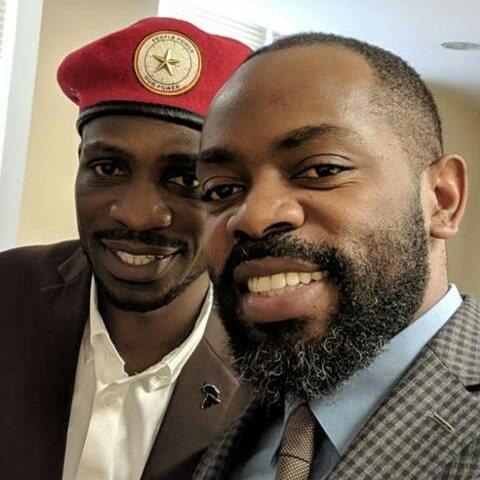 Waves of protests against the autocratic rule of Yoweri Museveni, 74 years old and president of Uganda for close to 33 years, raise questions over how long he will remain in power. This article was published in the November-December 2018 issue of NewsNotes.

Opposition to Museveni’s rule has been brought to a head by the brutal and inept manner by which he reacted to musician-turned-politician Robert Kyagulanyi, popularly known as Bobi Wine, and for Museveni’s murderous treatment of other opposition politicians. When the bill to raise presidential age limits was brought to a vote last year, soldiers entered the parliamentary chambers, followed by the Presidential Guard, which hauled off a number of MPs to vans where they were beaten. Bobi Wine and his ‘People Power’ movement were slowly gaining followers until August 13, when Museveni ordered his forces to “discipline” Wine after a political rally in Arua. The Independent candidate for a parliamentary seat backed by Wine won the election.

After the rally, soldiers of the Special Forces Command (SFC) led by Museveni’s son went into the hotel where Wine and other politicians were staying and savagely beat them, killing at least six people, including Wine’s driver. The soldiers’ barbarity and numerous unfounded claims made by Museveni – for instance, that they found guns in the hotel – grabbed international attention and ignited national furor, forcing the release of Wine and one other MP, Francis Butebe Zaake, who went to India for two months’ medical treatment. Protests broke out throughout the country while Museveni’s National Resistance Movement (NRM) party remained silent.

Wine’s injuries were so serious that he sought treatment in the United States, where he took the opportunity to speak with government officials and the media. Several days before his return to Kampala on September 20, Wine said, “The struggle we are facing is not limited to Uganda alone, but it’s a struggle against oppression across Africa and indeed across the world. We call upon Africans, especially young Africans, to know that there will never be another time for them to assert their rights other than now.”

Wine, who is 36 years old and was elected MP for his home area of Kamwokya, a poor section of Kampala, in November 2017, is representative of Uganda’s young generation which is tired of Museveni’s long, autocratic, and corrupt rule. Uganda is the world’s second youngest country, with three-quarters of the population under age 30. Just prior to Wine’s return to Uganda, Museveni gave a long, rambling talk praising the strength of the economy under his rule and castigated the youth for not finding jobs.

Uganda experienced healthy GDP growth in the first decade of this century, averaging around seven percent per year, but this has declined in recent years. Approximately 70 percent of the population earns less than $2.50 a day, a figure that has not changed in the last 40 years. This is compounded by insufficient investment in education in a country with one of the highest rates of fertility in the world, suggesting Uganda may not benefit from a possible ‘demographic dividend.’

After Museveni won the presidential election in February 2016, the Washington Post editorialized: “As aging autocrats such as Mr. Museveni use U.S.-bankrolled security forces to crack down on opposition candidates, journalists and peaceful protests, lavish security assistance from the United States may be helping to enable an environment of increasing repression in Uganda, and sending the message to other African nations that trampling on rights is permissible so long as the country remains a U.S. counterterrorism ally.” Uganda has provided troops to fight Al Shabaab in Somalia, rewarded by over $800 million in aid from the U.S. every year. However, Museveni’s mis-steps have strained his close relations with western governments.

Bobi Wine scheduled a concert at Namboole National Stadium in Kampala, first in October and then in November, to launch a new song, but the stadium’s managers were forced to reject his request. The next presidential election will be in 2021. Wine has stated he does not intend to run for president nor form a new party, instead focusing on political change such as a political system that represents people, especially the young and the poor.