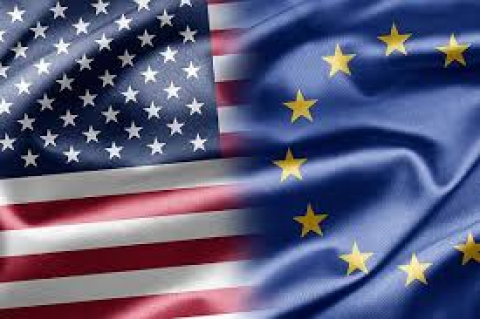 On June 19, the Senate confirmed Michael Froman as the U.S. Trade Representative (USTR). One of Froman’s first responsibilities will be the continuation of negotiations between the U.S. and the European Union (EU) on the Trans-Atlantic Trade and Investment Partnership (TTIP) which would include the three countries included in the North American Free Trade Agreement (the U.S., Canada and Mexico) as well as all the countries of the EU, and which would have widespread implications for the global food system. Members of civil society from both regions are raising concerns around food and agricultural provisions in the proposed TTIP that could threaten the safety of our food, our farmers and our planet.

[Some organizations refer to the TTIP as the Trans-Atlantic Free Trade Agreement, or TAFTA]

In a letter addressed to both USTR Froman and to EU Trade Commissioner Karel De Gucht, 34 organizations from the EU and United States representing family farmers, consumers, faith, public health, development and environment organizations expressed distress that the proposed TTIP undermines the use of the precautionary principle in setting food safety and public health standards, gives investors power over nations, and has been negotiated almost entirely in secret.

Because the United States signed and ratified the Rio Declaration, it is bound to use the precautionary principle. The U.S.’s application of the law suffers from a lack of political will. The most enthusiastic momentum for the law in the U.S. was displayed in California, where in 2005 the city of San Francisco passed a Precautionary Principle Purchasing ordinance, which requires the city to weigh the environmental and health costs of its $600 million in annual purchases for everything from cleaning supplies to computers. Though the U.S. has been slow to enact federal laws to enforce the precautionary principle, it is enshrined in EU legislation and the Lisbon Treaty. Organizations in the EU reject any weakening of the use of the precautionary principle, while those in the United States demand that U.S. negotiators not make any proposals that would preclude its use in the future versions of it into U.S. environmental and occupational safety laws.

With regard to food and farming safety, it is believed that negotiators are working on an acceptance of U.S. food safety standards as "equivalent" to EU standards under the TTIP. Such an understanding would effectively cut off public debate on the prospective move by the U.S. Food and Drug Administration (FDA) to approve the production and sale of genetically modified salmon in the U.S., despite nearly two million public comments in objection and retailers’ stated refusal to sell it in stores. Other than the possible health risks, there are serious concerns about the potential ecological impact if the altered fish should escape in the wild. In spite of public outcry, the new TTIP safety standards would end the debate on other new GMO foods, and compel Europe to sell GMO products.

The writers of the letter raise several other food safety concerns involving meat production, involving the use of drugs and inputs that can cause mad cow disease and erode even more stringent U.S. meat safety requirements. "There is a growing body of evidence of the harm caused by these and similar food technologies to public health and the environment, as well as their pernicious contributions to corporate concentration in agriculture and the consequent weakening of rural farm economies."

As with other trade agreement negotiations several concerns exist about the inclusion of provisions in the TTIP that would empower investors to sue sovereign nations over rules or conditions that may reduce their expected profits. "We have observed the results of these investor-state disputes resulting from other agreements, many of which are direct challenges to state and national laws designed to protect the environment or public health." Over the past 20 years, these kinds of provisions have whittled away at environmental and labor laws and have hampered countries’ abilities to protect vulnerable sectors of their economies.

An uncanny similarity shared with other trade agreements is that the TTIP negotiations are being carried out in secrecy. The mandates of its negotiation do not require the publication of draft negotiating texts and therefore fail to guarantee an informed public debate on the nature of the commitments under the agreement.

Another concern is that the rules of the TTIP could eventually extend to other bilateral and multilateral trade agreements. The letter states: "We will oppose any trade agreement that undermines that process of rebuilding local food systems, whether in our communities or abroad."

See the entire letter and its signatories in the PDF file attached below.