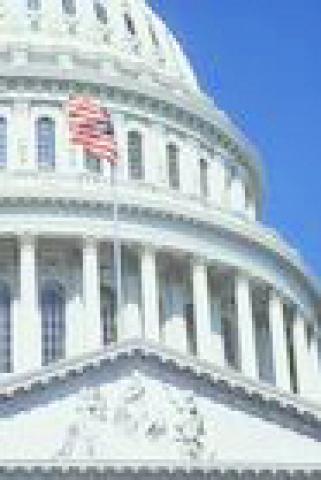 This article appears in the July-August 2015 NewsNotes.

During the months of May and June, trade was the primary issue on Capitol Hill in Washington, D.C. In order to accelerate movement on the proposed Trans-Pacific Partnership (TPP) trade deal, President Obama hoped that Congress would enact "trade promotion authority" (TPA), better known as Fast Track.

The process to pass Fast Track was unpredictable – neither its supporters nor its detractors (such as the Maryknoll Office for Global Concerns and other organizations in an opposition movement composed of religious, environmental, labor, and human rights groups) could predict how the vote would fall. Ultimately, the House and Senate passed all pieces of legislation.

However, the vote did not come easy and this alone is a victory for civil society and trade justice advocates. While modern trade agreements have faced opposition since NAFTA, the coalition today is more robust and larger than ever before. It included every labor union, environmental and development organizations, faith-based organizations, health advocates, and even some tech companies and senior citizen organizations such as AARP. It was the strength of the movement that virtually shut down the trade votes and may have stopped them altogether. But pro-trade legislators and corporate lobbyists were determined to secure TPA. They used legislative maneuvering that is rarely on exhibit to resurrect the legislation at every turn.

Counter to standard procedure for bills with financial implications, pro-trade lawmakers decide to start the legislative process in the Senate instead of the House based on the assumptions that 1) the House doesn’t have the votes to pass it, and 2) trade bills usually pass the Senate.

The Republican leadership decides to move the bills as four separate pieces. Besides TPA, the other three bills address Trade Adjustment Assistance (TAA), customs and trade enforcement, and the Africa Growth and Opportunities Act (AGOA).

These three bills are usually what drive Democratic support for trade agreements while Republicans tend to support TPA. It is this relationship between aid and trade that has been the bi-partisan recipe for past trade agreements and Fast Track bills to pass Congress.

May 12: All but one Democratic senator votes against cloture for TPA, which would have begun debate on TPA with a filibuster-proof majority, because they could not secure a promise from Senate Majority Leader Mitch McConnell (R-KY) to hold votes on all four bills. This is a surprising and unprecedented outcome for the Senate on trade issues. It is seen as a victory for the trade justice movement to win in the Senate for the first time.

May 14: Pro-trade senators regroup. Sen. McConnell agrees to demands by Democrats to include TAA and TPA in one package and to vote on the customs and enforcement and AGOA bills first.

Senate passes the customs and enforcement bill (78-20) and AGOA (97-1). Senate approves cloture with the support of 13 Democrats.

Due to concerns that some members of Congress are working on a side deal to strip the "No Fast Track for Human Traffickers" amendment from the TPA bill, 23 faith-based organizations send a letter to the Senate in support of the amendment, providing enough political pressure to protect it.

Notable amendments that fail to make it into the TPA include one to strip the investor-state dispute settlement (ISDS) and another that would have prevented currency manipulation in trade deals. The currency vote is close and would have had a major impact on the final agreement if it had gone forward since some of the TPP trading partners do practice currency manipulation.

May 19: The Senate votes on TPA. The vote is dramatic and very close. At the last moment, Sen. McConnell promises Sen. Maria Cantwell (D-WA) that he will hold a vote on reauthorization of the Export-Import Bank, a bill that has been held hostage for months in part due to its decision to stop funding fossil fuel projects. With this agreement, Cantwell and eight other senators put forth their support. The final vote is 62-37 with 12 Democrats supporting and five Republicans opposing the bill.

May 22: Senators Ron Wyden (D-OR) and Orrin Hatch (R-UT) fail to agree on amendments, so strong language against human trafficking stays in the bill.

May 24: Media report on the discovery of graves of human trafficking victims in Malaysia. Malaysia is a Tier 3 country on the U.S. State Department’s annual Trafficking in Persons report and a key partner in the TPP negotiations. (Tier 3 indicates countries whose governments do not fully comply with the minimum standards to combat human trafficking and are not making significant efforts to do so.)

Early in the month, attention turns to the House of Representatives. Both sides pick up pressure on legislators to take a position on TPA. The House decides to vote on a customs bill separately from TPA. But they vote on TPA and TAA as a package, meaning both pieces must pass for the bill to move forward. Supporters wanted to keep the TPA bill clean to ease its passage and use the customs bill to include a number of amendments. The House was expected to take up the bill the week after the Senate, but the vote is delayed since the difficulty in the Senate indicates to House leadership that they might not have the votes to pass it.

June 10: The House passes the customs and trade enforcement bill. This bill was the main vehicle for amendments such as ones preventing trade bills from addressing climate change or immigration. Another amendment requires the U.S. to discourage and seek to eliminate boycott-divestment-sanction policies (BDS) by states or organizations against Israeli businesses, even those operating in the Occupied Palestinian Territories.

June 11: With increased attention on the issue due to the May 24 reports on the graves in Malaysia, pressure continues from the faith community to protect the human trafficking amendment that President Obama and the pro-trade Democrats want watered down. Maryknoll Sister Helene O’Sullivan has an op-ed published in The Hill and participates in an interfaith press call with American Jewish World Service and NETWORK. Thirteen faith-based organizations sign a letter to the House asking them to oppose TPA.

House Minority Leader Nancy Pelosi (D-CA) comes out against TPA and calls for a paradigm shift on trade policy.

June 12: The House votes on TPA and TAA. TPA passes by only eight votes. Democrats who oppose TPA decide to vote against TAA, the worker assistance program, teaming up with Republicans who oppose the program. TAA loses by a landslide (126-302). Because TAA didn’t pass, the full TPA package fails. This is a huge and unexpected victory for people who oppose the undemocratic TPA.

June 19: The House pro-trade coalition regroups and decides to vote on TPA and TAA in separate votes and under a new bill. The TPA passes again (218-208) and heads back to the Senate to be voted on as a stand-alone piece of legislation.

June 23: Another letter is sent from the Interfaith Working Group on Trade and Investment, signed by 14 faith-based organizations. The group, and the broader trade justice movement, is concerned that to vote on cloture and the bill this week would ensure that the House customs and trade enforcement bill with anti-immigrant and anti-environmental amendments would become law. The Senate votes to invoke cloture.

The Senate passes TPA (60-38) followed by TAA (vote not recorded; by voice vote only). Rep. Pelosi and Rep. Rosa DeLauro (D-CT) (who championed the fight against Fast Track in the House) asked the Democratic caucus to support the Trade Adjustment Assistance bill this time now that TPA had passed in order to ensure U.S. workers had something to turn to, even though the fund is not enough to cover all workers.

The customs bill heads to conference, a Senate-House committee which negotiates the final text which both bodies can support. The final bill could override content of TPA.

June 29: President Obama signs TAA and TPA into law. The customs bill is still being negotiated in the conference committee.

Ultimately, pro-trade legislators and President Obama can claim victory, but this hard-fought campaign exposes the challenges Congress and the president may face when using Fast Track to pass the controversial TPP which is nearing the end of years-long secret negotiations.

One thing known about the TPP is that it will affect people’s everyday lives in a range of ways such as access to affordable medicines in the U.S. and among trading partners. It will allow foreign corporations to sue governments for perceived lost profits in private tribunals (ISDS) that can undermine public health and environmental laws; patent lifespan on hybrid seeds; limit government’s ability to control financial flows; and allow for stronger yet unenforceable labor and environmental standards. The Obama administration hopes to sign the TPP into law by the end of the year.