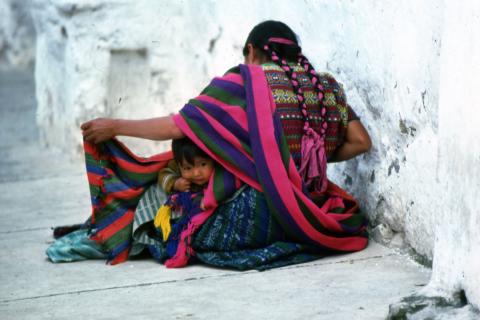 Earlier this year, when the 113th Congress passed the Violence Against Women Reauthorization Act of 2013, they included important language (PL 113-4, Sec. 1207) that requires the Secretary of State to establish and implement a multi-year, multi-sectoral strategy that includes both diplomatic and programmatic initiatives to prevent child marriage and empower girls globally. The following account about child marriage is the kind of story that is repeated around the world.

Herlinda was a brilliant young woman from the village of Naranjal, in the Petén region of Guatemala. At age 14 Herlinda could read and write because her older sister Rosa demanded that Herlinda go to school after Rosa was married off at age 14 without any formal education. Herlinda was active in the church choir where she became close friends with Carlos – he was sweet on Herlinda and wanted to marry her. But Herlinda’s family had other plans; they had made an agreement with another man for her to enter into an arranged marriage. Out of obedience to her father, Herlinda married. From the day she moved into her husband’s family’s house, Herlinda seemed to lose her enthusiasm for life.

A year after she was married she gave birth to her son in her in-laws’ house. Immediately after the birth, Herlinda became extremely anemic. Unfortunately for her it was the muddiest season of the year and the roads leading to Naranjal were so treacherous that no vehicles could enter. At the time, her husband and father-in-law did not opt to use their horse to transport her three miles to get to a point in the road where a car could take her to the hospital; Herlinda died at home.

Although Herlinda’s death occurred more than 15 years ago, the quality of life for women in the Petén and for rural women globally has not significantly improved. This story highlights the gaps in infrastructure: Roads and health care – especially for women – are deficient in rural areas around the world. It also points to how child marriages deprive women of education and personal development while creating even more high-risk pregnancy situations.

Child marriage underlies many of the enormous development challenges that both the U.S. government and many Maryknoll missioners work to address globally. Every year, 14 million girls in poorer countries are deprived of their human rights through child marriage. It curtails their education and employment opportunities, increases the risk of maternal and infant death, and dramatically increases their risk of suffering from gender-based violence. Child marriage harms not only girls but all of us. By denying girls their basic rights, child marriage holds back entire countries – and by extension the whole world – from reaching our shared goals of ending poverty, hunger and disease.

The Bible teaches us to care for the orphan, the widow and the stranger. Our traditions tell us we have a moral obligation to protect the most vulnerable in society. As long as the practice of child marriage continues to exist, we have failed in this duty.

While Congress must be thanked and congratulated for taking action on this important issue, as the FY2014 State and Foreign Operations appropriations process continues, it is important to remind Congress to appropriate the funds necessary to establish and implement the programs that will make a difference in girls’ lives.

The United States has both a responsibility, and a vested interest, in supporting countries and communities in their efforts to end child marriage.  Girls everywhere deserve the opportunity to be empowered, educated, healthy and safe.

Faith in action: Write to your representative and senators and ask that they take another important step toward realizing a world free from child marriage by providing full and robust funding to support implementation of the U.S. strategy to end child marriage authorized in VAWA.

Photo of Guatemalan mother and child by Eric Wheater.