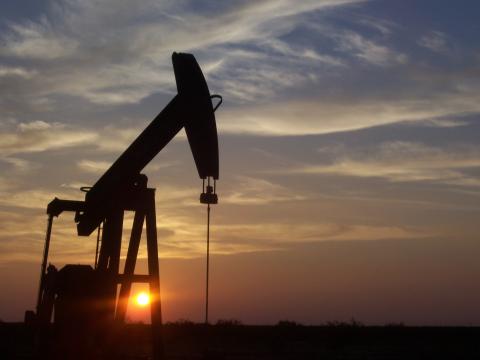 The following article appeared in the January-February 2015 NewsNotes.

Falling oil prices have led many to believe that there is little danger of reaching peak oil any time soon. How could there be a shortage of oil if prices are dropping, after all? But the fact is that conventional oil production has plateaued and fallen since 2005. This has been replaced by unconventional fuels such as shale gas and tar sands oil that are much more difficult (and expensive) to extract. And, despite statements like President Obama’s in his 2012 State of the Union address, that "we have a supply of natural gas that can last America nearly 100 years," analysts now predict that the U.S. will peak in gas production by 2020 at the latest. It appears the peak of global liquid energy production could be only a few years away, bringing greater economic difficulties. Ironically, the currently low prices are part of the global reaction to dwindling oil supplies.

Many news sources explain that excess oil is due to increases in fracked shale gas and tight oil production in the U.S. combined with less demand from a slower Chinese economy. In similar situations in the past, Saudi Arabia would reduce its production in order to maintain higher prices, but this time has chosen not to do so. Motives for this change range from wanting to punish Russia and Iran (both heavily dependent on oil exports to maintain their budgets) for their involvement in Syria and Iraq, to wanting to damage tar sands producers in Canada and shale gas companies in the U.S. (Producers of Canadian tar sands oil and U.S. shale gas need high oil prices in order to pay their extraction costs, which are much larger than those for conventional oil.)

While these are likely short-term influences on oil prices, these explanations leave out the bigger picture that explains the dynamic of nearing, or passing, the breach of peak oil production. Energy analyst Richard Heinberg summarizes part of this larger context and its importance: "During this past decade the oil industry has entered a new regime of steeper production costs, slower supply growth, declining resource quality, and higher prices. That all-important context is largely absent from most news stories about the price plunge, but without it recent events are unintelligible." The other untold story is the strong interdependence between energy and financial markets. Looking at this larger landscape, we can get a better idea of what may happen in coming years.

The reason prices do not simply continue rising when an important commodity reaches peak production is that there is a limit to how much people are willing and able to pay. When prices are too high, overall demand begins to fall, leading to a slower economy. University of California economics professor James Hamilton produced a report showing that since World War II, "[e]very recession (with one exception) was preceded by an increase in oil prices, and every oil market disruption (with one exception) was followed by an economic recession." These recessions decrease demand for oil thus reducing its price.

These lower prices then have a damaging effect on energy and financial markets which are profoundly dependent on each other. Roger Boyd, author of the book Energy and the Financial System, explains that "the energy system requires massive [long-term] investments to develop new sources of energy [while] the financial system requires the economy to keep growing, which requires new sources of energy to keep that growth going." He shows how the two systems are mutually enforcing feedback loops where a reduction in energy production leads to economic stagnation, which then reduces the amount of money available to develop sources of energy, which leads to another drop in energy production. This cycle describes well what is happening in energy and financial markets today.

The shale gas revolution in the U.S. has been largely financed by high-risk junk bonds. Standard & Poors rates 75 out of 97 energy exploration and production companies below investment grade. "Junk-bond debt in energy has reached $210 billion, which is about 16 percent of the $1.3 trillion junk-bond market. That is a dramatic rise from just four percent that energy debt represented 10 years ago," according to energy writer Nick Cunningham. Bloomberg estimates that "21 borrowers [are] operating in the costliest U.S. shale-producing regions that will be unprofitable if crude oil falls below $60 a barrel." On January 8, the price of WTI crude was $48.65.

These companies defaulting on their loans could blow into a larger financial crisis, according to a recent Deutsche Bank study. It estimated that 30 percent of these junk bonds could default if the price of oil dropped below $65. "A shock of that magnitude could be sufficient to trigger a broader high-yield market default cycle, if materialised," the authors warned. Local and regional banks like Oklahoma-based BOK Financial, with 19 percent of its loans made in energy, according to the Wall Street Journal, will also be at risk of default, which risks setting off a cascade-type series of defaults as occurred in 2008.

It is likely that prices will stay low for a long time as a financial crisis and/or economic downturn caused by low prices will destroy more demand. But eventually the lack of credit for new oil and gas extraction will lower supplies enough to drive prices higher again, which will set off another financial or economic crisis. This is the future that many who write on the dangers of peak oil foresee – not constantly rising prices, but wildly fluctuating prices that create increased economic destruction and reduction in energy production.