Myanmar gold rush loses some of its luster 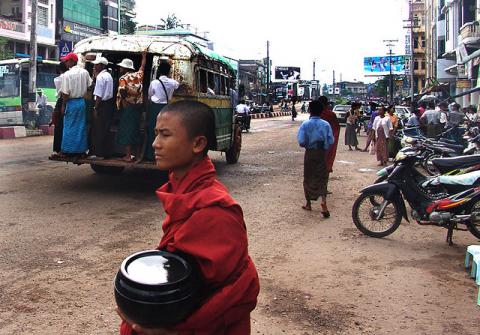 Myanmar, celebrating nascent political, economic and social changes, is at a crossroads. But like the widespread graffiti slogan "Plug the City," a plea for more electric power in the capital city of Yangon, it is unclear if the prevailing powers will commit the energy and resources necessary to ensure permanent long-term progress.

President Obama’s brief visit to Yangon immediately after his re-election, following up Hillary Clinton’s visit a year earlier, was aimed at showing support for changes to date and encouraging continued progress. The president has regularly challenged Myanmar for alleged human rights violations, but the U.S. is also keen on weaning the country from its dependence on China and persuading it to stop collaborating with North Korea on a suspected nuclear weapons program.

Progress has been quid pro quo. The government allows more freedom of speech and has released a number of political prisoners, while the U.S. has named an ambassador and lifted most of its economic sanctions. Other signs of new times include the first public ceremony in 50 years honoring outstanding journalists, the first ATM transaction using an international credit card, and an explosion of graffiti – a graphic expression of free speech after a half century of repression.

Myanmar’s population – estimated at 48 million (World Bank) to 64 million (IMF) – comprises some 135 ethnic groups among eight national "races." The largest is Burman at 68 percent. Violence rooted in ethnic differences erupted in June 2011 in Kachin State in the north, bordering on China, and in March 2012 in Rakhine State in the west, bordering on India and Bangladesh. Each conflict has caused more than 100,000 to be displaced.

Relations between the Church and state are generally good. The population, 90 percent Buddhist, is four percent Christian, including 750,000 Catholics (one percent). Initially cautious, the Church has readied a response to the seeming rapid changes in Myanmar. The Yangon Archdiocese and the Myanmar Council of Churches have organized a three-day seminar and workshop in January on "Emerging opportunities and challenges in a new Myanmar: Church response to nation building and reconciliation."

Myanmar is blessed with abundant natural resources, but an estimated one-third of its people live below the poverty line. China, Myanmar’s largest investor, is heavily involved in extractive industries. Meanwhile, foreign firms poised to invest in Myanmar are studying a complicated new investment law that would allow 100 percent foreign ownership. However, speculation threatens to arrest long-term economic progress. For example, many property owners, anticipating an economic boom, have doubled or tripled prices, rents and the cost of hotel rooms compared with a year ago. With superior infrastructure, a better educated work force, and cheaper office and living space in neighboring Thailand, there seems a real danger that hoped-for foreign investors will settle in Bangkok rather than Yangon.

Meanwhile, the U.S. is holding out the possibility of future military ties with Myanmar, subject to improvement in its human rights record. The U.S. has invited Myanmar to be an observer this year at its annual Cobra Gold military exercise in Thailand. It is the United States’ largest multilateral exercise in the Asia-Pacific region, bringing together thousands of troops for field training. About 10,000 U.S. military personnel took part last year, with China and Russia among the countries sending observers.

The U.S. imposed economic sanctions on Myanmar’s military regime for years, and today has limited leverage in the country. However, the U.S. and President Obama are generally admired, and Thein Sein, a general and now president of the quasi-civilian government, is keen on winning points with the West. The government seems belatedly aware and a bit fearful of China’s pervasive influence and control in Myanmar.

Hopes for the future run high, but improving the quality of life for the general population might rest with the political will of parliament – a quarter of which consists of appointed military personnel. National elections are scheduled for 2015, but Aung San Suu Kyi, having married a foreign national, is barred from running for president unless the constitution is amended. Nevertheless, a modern-day Solomon – or Bathsheba – might be needed to safely steer the ship of state among the shoals of neighboring giants China and India.