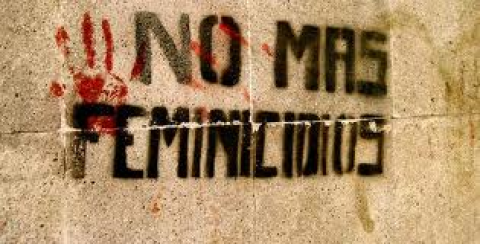 The following article was written by Eben Levey, an intern who is working with the Maryknoll Office for Global Concerns this year. It was published in the March-April 2014 issue of NewsNotes.

Honduras currently has the highest murder rate in the world and the city of San Pedro Sula is the most violent city within the country. Since the end of 2013, an often overlooked and discriminated against section of society has found itself subject to even higher levels of violence and injustice. The community of sex workers in San Pedro Sula suffered nine murders in the span of one month, eight of whom were women, and one transgender sex worker.

While sex work is legal in Honduras, the individuals who are part of this economy rarely are subject to the protection of the state, either in terms of labor law or the basic protections from violence and exploitation. Rather, as a writer for Amnesty International described their situation: "Those who murder sex workers believe they can literally treat these human beings as garbage... Such violence takes place against the broader backdrop of widespread gender- and sexuality-based violence that imperils women and LGBT persons all through Honduras."

The recent spate of killings began on December 13, 2013 when witnesses reported that a group of men in a minivan stopped and began to argue four female sex workers. After a few minutes, the men opened fire and killed Ana María Sánchez Zaldívar (37), Doris Malene García (30), and Milagro Rosario Bonilla (52). The fourth woman, Zoila Yamileth Sánchez Zaldívar (30), was taken in the van and later found dead by gunshots in another part of the city.

Two weeks later, on December 30, in a remarkably similar scenario, five female sex workers were attacked outside of a bar in the city center. According to the media report in La Tribuna, a blue van containing at least four men pulled up an opened fire on the group of women, killing three immediately, and sending two to the hospital, one of whom died from gunshot wounds the following day. Police said that the victims, Irina Marisela García Maradiaga (23), Irma Melisa Benítez Lewis (21), Sandra Liseth Aldana Pereza, and Gabriala Alejandra Osorto (21), were attacked because of failure to pay extortion money to organized crime elements.

Finally, on January 7, a transgender sex worker, Marco Noé López Castillo, was abducted by a group of armed men. Her corpse was found early the following day, strangled to death, with arms and legs bound behind her back. Police announced that they had suspects in her murder, but did not provide further details to the press.

The issue of these killings goes far beyond isolated incidents of violence against sex workers. So many murders occurring in the space of less than a month seems to indicate that perpetrators of violence against women and LGBTI individuals are secure in their impunity. In fact, civil society groups reported that at least 606 women were killed in 2012, the highest rate of femicide in Honduras since 2005, indicating that Honduran government is not accomplishing its mission of protecting vulnerable members of society.

In mid-January, members of RedTraSex Honduras, a transnational network of sex workers in Latin America and the Caribbean, met with the National Institute of Women (INAM in Spanish initials) to demand accountability and justice for the increasing numbers of sex workers, female, homosexual, and transgender, who had been victims of lethal violence in the previous months. RedTraSex also presented a formal demand to the authorities of San Pedro Sula for thorough investigations into the murders of sex workers.

As some of the most marginalized members of society, sex workers, and particularly LGBTI sex workers, are victims not only of a climate of violence, but also a Honduran state unwilling or unable to tackle the high levels of impunity. Given the murder rate in the country, the killings of sex workers are often uninvestigated, and are left attributed to organized crime and disagreements between sex workers and clients. As Juan Orlando Hernandez, the new president of Honduras, begins his first year in office with a promise to crack down on organized crime and impunity, we hope that he remembers that sex workers are human beings that deserve the protection of the State and the law. The protection of human rights should not and cannot be a process that only applies to certain groups, but rather is the fundamental mission of the State to protect the most marginalized and vulnerable actors in society.