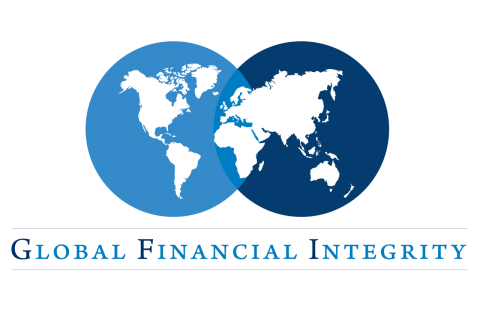 The following piece was published in the November-December 2014 NewsNotes.

The European Parliament is close to passing a law that will require all European companies to disclose their ultimate owners in a public registry. What may seem to be a fairly simple and obvious rule could have far-reaching effects in tackling international corruption, trafficking, tax evasion, money laundering, organized crime and terrorism. Currently, many investigations into these types of crimes are thwarted due to the fact that the “beneficial owner” -- the actual person who benefits from a company’s profits – is not known.

The eight leading industrialized economies, known collectively as the G8, also are moving forward with similar initiatives in response to growing pressure from civil society organizations around the world that see the issue of owner transparency as key in combatting world poverty. The Global Financial Integrity organization (GFI) estimated that for every dollar of aid that developing countries received in 2010, six dollars was siphoned out of those same countries through illicit flows of money facilitated by anonymously owned companies. In just one decade (2001-2010), nearly $6 trillion were stolen from developing countries. As GFI economist Sarah Freitas explains, those are funds “that could have been used to invest in healthcare, education, and infrastructure. [This money] could have been used to pull people out of poverty and save lives.”

In many countries, it is easy to open a company without revealing the name of the actual owner. The United States tops the list of most favored countries to register these “anonymous shell companies” or “phantom firms.” Delaware, which registers far more new companies than any other state, requires more information for a person to get a driver’s license than to open a corporation. The World Bank finds the fact that the U.S. leads the list to be “especially concerning given the huge number of legal entities formed each year – around 10 times more than in all 41 tax haven jurisdictions combined.”

These anonymous companies are created and used by tax evaders, drug cartels, corrupt politicians, terrorists, human traffickers and others to keep their stolen assets while avoiding detection. They often create numerous phantom firms in order to make criminal investigations even more difficult. When they do have to give the identity of the company’s owner, they often use names of people who are paid specifically to act as if they were the owner, but who really work for the actual owner. With this secrecy, they are able to hide billions of dollars of illicit gains.

For example, according to GFI, “Mexico’s biggest drug cartel, the Los Zetas cartel, used an anonymous Oklahoma company as part of a scheme to launder millions of dollars of drug money in the United States.” Nigerian oil minister chief Dan Etete sold one of the country’s richest deposits of oil for more than $1 billion to Malabu Oil and Gas. A criminal investigation later discovered that the owner of the company was Minister Etete himself, meaning he had been able to award the nine-digit contract to himself because of the secretive nature of the firm.

The son of Equatorial Guinea’s president famously went on a $300 million spending spree with public money that had been funneled into phantom firms registered in California. Swiss banks were to have created anonymous companies in Hong Kong, Panama and Lichtenstein to help U.S. firms avoid paying taxes.

While it is a small number of firms that are anonymous – the UK estimates that only one percent of firms registered there have beneficial owners who are different from their legal shareholders – they are a large part of international crime. The World Bank reviewed the 213 biggest cases of corruption between 1980 and 2010 and found that more than 70 percent of the cases depended on anonymous shell companies.

With such a small change in the law potentially resulting in such massive reductions in crime, one can wonder why it has taken so long to get to this point, but it is good to see that perhaps in a not too distant future, criminals around the world will lose one of their most effective methods of avoiding detection.