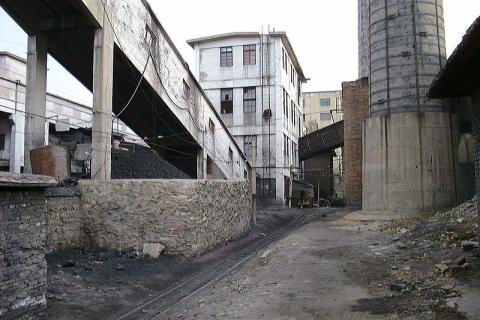 China has seen a huge increase in industrialization and growth in exports since joining the World Trade Organization (WTO) in 2001. As predicted by many environmental and labor groups, China’s lack of environmental regulations and heavy dependence on coal has resulted in a massive transfer of industrial production from the U.S., while China’s ecological problems are beginning to affect even the U.S., thousands of miles across the Pacific Ocean. Of greater concern is that the Chinese government’s current plans to diminish urban smog – which kills an estimated 1.2 million people each year – are likely to vastly increase global greenhouse gas emissions threatening the entire planet. The following article was published in the May-June 2014 NewsNotes.

In just the first seven years of its membership in the WTO, 2.4 million manufacturing jobs were moved from the U.S. to China, according to the Economic Policy Institute. China’s lack of environmental protections, which helped lower production costs, was a draw for many transnational corporations. President Bill Clinton’s chief trade negotiator, Mickey Kantor, later admitted, "We made a big mistake" by not including environmental safeguards in trade negotiations with China.

But not only trade policies have contributed to China’s increasing pollution. U.S. and multilateral financial institutions helped finance at least 20 coal power plants in China between 1994 and 2009, according to the Environmental Defense Fund.

The results for Chinese citizens have been striking. Recently, an eight-year old girl died of lung cancer caused, according to government officials, by the intense smog in her city. Close to 60 percent of China’s underground water is polluted by the intensive industrial production. In response the Chinese government plans to build dozens of "coal bases" in rural areas that will convert coal into cleaner-burning liquid fuels, chemicals and electricity that will be shipped for use in major cities. The process to extract these materials requires huge amounts of energy, which releases greenhouse gases (GHGs), with more gases released in the transport to and use in urban centers. While likely to reduce pollution and smog in most cities, the GHGs released by this plan might possibly be double the current amount.

The 16 coal bases already built or in construction will emit 1.4 billion tons of carbon dioxide per year by 2020. In comparison, fully developing the tar sands in Canada (so dirty, its exploitation has been described as "game over for the climate" by scientist James Hansen) will produce "only" 420 million tons per year.

The UN Intergovernmental Panel on Climate Change estimates that if we are to limit overall global warming to two degrees Celsius, we can release another 349 billion tons of carbon into the air. If all the planned plants in China are completed and operational, they will release 110 billion tons of GHGs over 40 years, putting China on track to consume the world’s remaining 349 billion tons by 2050, all by itself.

Photo of Jin Hua Gong Mine, Datong, Shanxi, China, from the Wikimedia Commons.