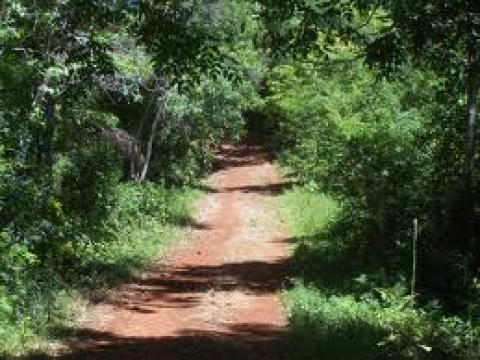 In April, two Argentines will travel to Harvard University to talk with students, teachers and administrators about how the university’s investments – two Argentinian timber companies located near the Paraguay border – are harming their communities. The following article appeared in the March-April 2014 NewsNotes.

In 2007, the Harvard endowment bought EVASA and Los Misiones, today worth a combined $55.2 million and encompassing 217,166 acres of land, more than 50 times the size of Cambridge, Massachusetts.

When they visit Harvard, the Argentines – two community leaders who, as of publication date, have not yet been identified – will share with the students the reality of destroyed wetlands, decreased biodiversity, falling water tables, increased respiratory illnesses, horrible working conditions, and the use of toxic fertilizers without required safety equipment.

International Forestry Investment Advisors, which counsels large investors about land investing, predicted an annual return of up to 31 percent, while being environmentally sustainable and socially responsible. Part of the companies’ profitability is predicted due to the region’s ideal growing conditions, which allow trees to grow up to four times faster than in Europe and the U.S.

However, according to ecologist Juan Jose Neiff, the eucalyptus and pine trees planted by the companies in massive plantations "generally reduce fauna complexity and cause species segregation, leading to an associated loss of biodiversity." Local residents report far fewer plant and animal species in and around the plantations.

The tree plantations also use enormous amounts of water that affects local communities. Jorge Vicente, a 50-year old local resident reports that before the arrival of the plantations, he would have to deepen his well every six years, but since their arrival, he needs to do so every two months. The fact that the plantations are often closer to wetlands than is legally allowed is a particular problem. "The wetlands near the trees are drying up. There is no more water," Vicente says.

While EVASA and Los Misiones report benefitting local communities with good jobs, locals tell a different story. One woman who lives near a plantation says, "The timber plantations don’t create jobs for the community. Before the timber plantations came, we grew cotton. ... Now there is no work. The timber plantations are there, so you can’t plant cotton or other crops." The vast majority of the jobs provided are seasonal and precarious. Those lucky enough to find more permanent positions report difficult working conditions, from forced unpaid overtime, unsafe conditions on the plantations including the use of toxic pesticides without adequate safety equipment and unsanitary living conditions in company dormitories.

The trucks hauling lumber out of the plantations cause serious problems for local residents. They destroy local roads, especially during the rainy season; in dry times, they create dust storms that increase respiratory problems, especially in children and elderly. The local doctor reports that respiratory problems have become the number one cause of visits to his clinic.

Unfortunately this is not the first time that Harvard investments were tied to illegal and immoral actions. The Chilean logging company Agricola Brinzal, 99.99 percent owned by Harvard, was found guilty of multiple violations of Chilean forest laws. Agricola Duramen Limitada, another Chilean company owned by Harvard, has been fined by Chilean courts for similar activities. In late January 2014, Romanian authorities detained the director of Scolopax, a timber company 100 percent owned by Harvard, for accepting multi-million dollar bribes and luxury gifts in exchange for illegally acquiring land for Harvard.

Emilio Spataro, director of a local environmental group, perhaps best summarizes the visitors’ message: "We want the true owners of EVASA and Las Misiones, who profit from the destruction of the environment, of the Ibera wetlands, the exploitation of labor, and lack of respect for communities, to know that they are responsible for the conflicts they are causing, that are increasing in the region, and to have a willing attitude to listen the different voices that critique what happens and to sit down and have a dialog to resolve each problem in a responsible manner. That is the avenue to solutions."

Learn more about this campaign here.