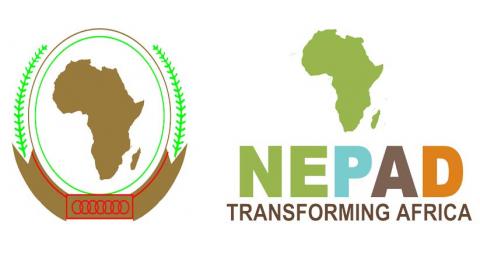 The following article on the African Union’s New Partnership for Africa’s Development (NEPAD) was prepared by Julie Sharples, an intern with the Maryknoll Office for Global Concerns in New York, and published in the November-December 2013 NewsNotes.

October 21-25 marked Africa-NEPAD Week at the 68th United Nations General Assembly, and the celebration of the 10th anniversary of the African Peer Review Mechanism (APRM). This year also marks the 50th anniversary of the creation of the Organization of African Unity (OAU), the forerunner to the African Union (AU), and the 10th anniversary of the establishment of the Office of the Special Advisor on Africa (OSAA). Throughout the week events were held to "facilitate and celebrate African narratives of past, present and future that will enthuse and energise the African population and use their constructive energy to accelerate a forward looking agenda of Pan-Africanism and renaissance in the 21st century." One of these events involved a dialogue with the Diaspora, NGOs, youth and women’s groups, media and academia on "APRM@10: Perspectives on Transformative Governance and the African Union Vision 2063 Agenda." The four speakers highlighted some of the accomplishments of the APRM and pointed out some areas for improvement moving forward.

The APRM focuses on four specific areas: democracy and good political governance, economic governance and management, corporate governance, and socio-economic development. In its 10 years of existence, the APRM has created a space for countries to learn from each other and share experiences and best practices. It has also encouraged countries to include citizen participation in policy development and formulation. It has created new forms of engagement between nation states and citizens. The APRM has also warned of potential areas of crises, and it has helped develop a framework to address crises when they occur.

In spite of their successes, the APRM needs to continue to improve in some areas. First, some groups in civil society are not well represented. Seventy percent of Africa’s population is under the age of 30, but this group does not play a significant role within the APRM and the governments. In order for the youth to become more involved, an emphasis needs to be placed on the quality and level of engagement with the educational systems.

A second criticism of the APRM is the existing gap between what is said and what is implemented. The APRM is able to raise issues, make recommendations, validate if implementations are followed, and monitor progress made; but there is no mechanism to hold governments accountable for implementing the recommendations. One way to improve accountability would be to engage civil society such that adequate pressure is generated from within the countries failing to implement the APRM recommendations.

As the APRM continues to grow in its reach throughout Africa, it will need to find ways to address these challenges and any new challenges that come up in the future. The presenters saw this dialogue as a starting point, and they want to continue engaging with those present through e-mail and social media. The APRM recognizes the need to listen to a variety of voices in order to create a more peaceful and harmonious future for Africa.

This meeting also looked at Africa’s future, particularly with regards to development. According to the African Development Bank, Africa’s economy is growing faster than any other continent, but there needs to be a more developed infrastructure to be able to support this growth. Dr. Mustapha Mekideche, a member of the APRM Panel of Eminent Persons, highlighted 10 major development challenges for Africa. Specifically, the continent needs to:

As the African Union looks forward to the next 50 years, it will need to address these challenges by working with the APRM, individual governments, and civil society. It is only by remaining open to dialogue with one another and with civil society that African nations will be able to take full control of pan-African socio-economic development in the 21st century.