Angola: Detained activists must be freed 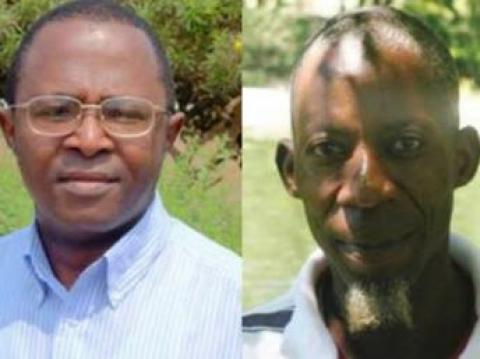 In mid-March, Amnesty International released the following statement on the situation of human rights activists in Angola. Maryknollers in Namibia have interacted with Angolan civil society activists, one of whom, just prior to speaking with Maryknollers in 2014, was attacked and beaten by agents of the Angolan government.

From Amnesty International: The Angolan authorities must immediately and unconditionally release two human rights defenders who were detained solely for exercising their rights to freedom of expression and peaceful assembly in the country’s Cabinda region, five organizations including Amnesty International said [on March 18].

Jose Marcos Mavungo was arrested on 14 March 2015 – the day of the planned protest – and charged with sedition on 16 March 2015. Another human rights defender, Arao Bula Tempo, was also arrested and detained on unknown charges.

“These arbitrary detentions are the latest disturbing example of growing repression of dissenting voices, peaceful protest and freedom of expression in Angola, particularly in the province of Cabinda,” said Muleya Mwananyanda, Amnesty International’s Deputy Director for Southern Africa.

“We believe there is no basis for the arrest of the human rights defenders or the sedition charges brought against one of the activists. This makes a mockery of the rights to freedom of peaceful assembly and expression.”

Amnesty International was joined by the Southern Africa Litigation Centre, Lawyers for Human Rights, SADC Lawyers Association and the International Commission of Jurists in calling for the release of all those unlawfully detained.

Jose Marcos Mavungo was arrested at a Church compound as he was going to his regular morning mass. The governor of Cabinda had banned his planned protest for “representing lack of honour and consideration owed to people and government institutions.”

Arao Bula Tempo, a human rights lawyer and the president of the provincial Council of the Angolan Bar Association in Cabinda, was arrested by security forces in Cabinda near the border with Congo Brazzaville.

A week earlier, on 6 March 2015, he had delivered a speech stressing the need for the independence of lawyers in Cabinda and other parts of Angola.

“The Angolan authorities must stop responding to peaceful dissent with repression. People should be allowed to express themselves freely and without fear of reprisals. Charging human rights defenders with sedition because of criticising the government is in clear violation of freedom of expression,” said Muluka Miti-Drummond, Regional Advocacy Director for the Southern Africa Litigation Centre.

Jacob van Garderen, Lawyers for Human Rights National Director for South Africa, added: “The rights to freedom of expression and peaceful assembly are protected under international human rights law. Angola has voluntarily ratified international treaties agreeing to respect and protect fundamental human rights and it should honour its commitment.”

Arnold Tsunga, International Commission of Jurists Director for the Africa Regional Program, said: “Angola’s constitution requires that people are allowed to exercise their right to freedom of expression. It is scandalous that people are being put behind bars merely for voicing their opinions.”

Dissent is frequently dealt with repressively, and often violently, by the Angolan authorities. Amnesty International has documented how the freedom of expression and peaceful assembly have been unlawfully restricted in Angola in its report Punishing Dissent: Suppression of Freedom of Association and Assembly in Angola (Index AFR 12/004/2014)

Those who have challenged the government of President José Eduardo dos Santos have been subjected to extrajudicial killings, enforced disappearance, arbitrary detention and torture. [Although] freedom of expression and peaceful assembly are rights clearly enshrined in the country’s constitution and in several international treaties that Angola has signed and ratified, violations to these rights continue to be occurring.